YD Industries is a commercial institution that has been at the forefront of every social and commercial trend over the last sixty years. With its famed Research Institute leading the way, YD Industries has developed an impressive catalog of truly remarkable consumer products. All those with knowledge of the company would agree that the true guiding spirit behind this Wall Street darling is founder and CEO, Richard Thornduke. 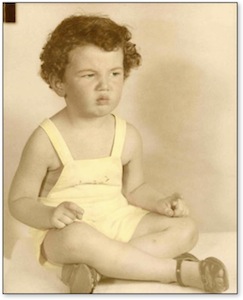 Richard Thornduke was born April 29th, 1923 to parents Mandy and Richard Thornduke. Richard Senior was a part-time Ferryboat Captain for the Connecticut River Transit Authority. Mandy was, for the most part, a stay at home mother who earned extra income for the family as a beekeeper. As a child, young Thornduke was obsessed with invention and entrepreneurship. Largely based on one strong high school quarter in Junior year and his striking science project titled, “Why things don’t fly off the Earth,” Thornduke gained acceptance to the renowned Saltzman Technical Training School in Lowell, MA.

After just two and a half semesters at Saltzman, the realities of global geopolitics reared their ugly head and Thornduke enlisted in the U.S. Army. He would contribute to the war effort as part of the U.S. Army Inventor Corps. After several historically significant contributions to the war, Thornduke was honorably discharged from the Army before beginning his famous seven year global walk-about. Over the course of those years Thornduke walked the earth gathering the ideas and concepts that would soon spark a corporate revolution. This revolution began, in earnest, when Thornduke walked down American’s east coast and right in to the now iconic tool shed in New Rochelle, NY. 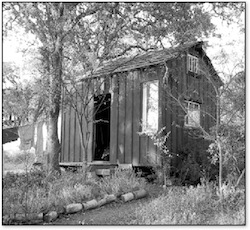 The tool shed where Thornduke started it all.

From the shed, Thornduke launched several early product success (The Chair Simulator, Salt Licks on a Stick, Office Hamsters, etc.) and assembled a team of research scientists to develop new products for a thirsty American marketplace. First to come aboard was fellow Inventor Corps veteran, Dr. Merle Bottoms. With the recent completion of his thesis, “Using Water to Clean Feet,” Dr. Bottoms received his PhD and was ready to join his friend Thornduke in the private sector. 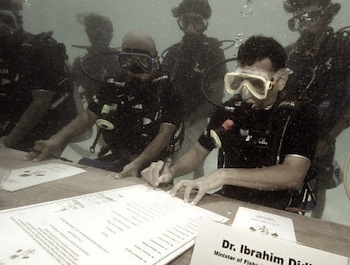 The YD Industries board, seen here in 1972 getting down to business at their annual underwater gathering.

Over time, others would join the duo: Dr. Carl Thunstrom, Shaniqua Johnson, Ravi Ismandi, and Sally Simplikon to name a few. Dr. Carl Thunstrom was recruited after Dr. Bottoms read, “Just Say Maybe,” Dr. Thunstrom’s pioneering psychology article about making decisions. Shaniqua Johnson, a thermodynamics engineer studying migratory waterfowl, was brought aboard when YD Industries began developing its now abandoned “Wings for Humans” product line. Ravi Ismaldi, a renowned hypnotist and snake charmer, arrived at YD industries to develop the Rasputin Line of Child Intimidation Products. As the world’s only practitioner of hydrocolonic aromatherapy, Sally Simplikon initially joined YD Industries to develop a revolutionary array of shower nozzle attachments but then stayed aboard to found to the Foodsciences Development Division. With the slow growth in employees and support staff, the company eventually moved from Thornduke’s tool shed to an abandoned Baskin Robbins franchise and a few years later built their current headquarters and campus in New Rochelle, NY.

The rest, they say, is history. YD Industries is now a corporation mentioned in the same breath with industry leaders like: Radio Shack, Enron, Swisher Splashguards, McDonalds and Tampax.