How to Fail challenges daring innovators to face the darkness

In this unique workshop, a hardy group of innovators stared failure in the face, and came to the realization that not only could they survive, but they could thrive by falling on their metaphorical faces.  The evening began with an multimedia presentation focusing on the failure based methodologies developed over the course of  YD Industries storied history.  YD Ventures own Steve Musselman conducted the seminar which referenced IDACSU and IDAC FA or SU approaches to disruptive failure as part of the innovation process. 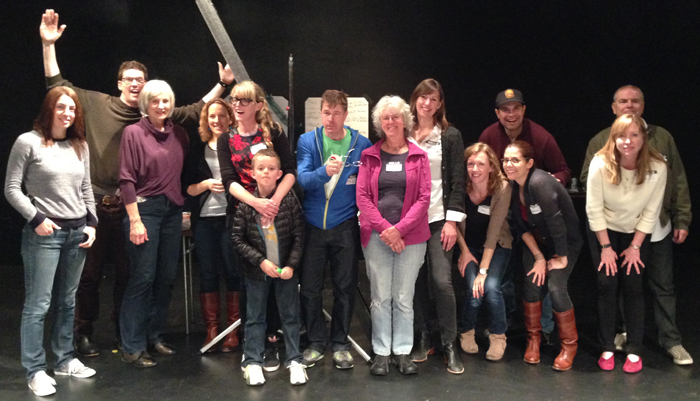 A stellar group of failure minded individuals filled the Z Below theater to solve massive problems by effectively failing.

Following the presentation, three teams broke out to face and embrace their fear of failure to brainstorm and prototype a way to solve one of the Bay Area’s pressing challenges:  “How to make the Golden Gate Bridge safer for wildlife.”

Three teams present innovative prototypes for how how to make the Golden Gate Bridge safer for wildlife.

The three teams developed new bridges complete with resplendent greenery, parklets, animal treadmills, relaxing soundscapes, and even included a reanimated Sir Richard Attenborough.  We’re hoping at least some of these ideas will move beyond prototype to fail in real life while making the Golden Gate bridge safer for native fauna and reducing incidents of road rage.

Altogether, the evening was a successful failure for all concerned.  All of us at YD Industries look forward to witnessing the certain accomplishments of this new batch of workshop graduates!